SpaceX Works Toward Completion of Starship in Brownsville, Texas 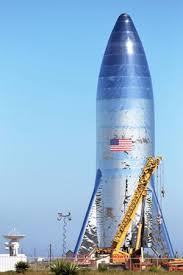 Guiding D & M Leasing in Dallas - Fort Worth, Micheal “Mike” Albert Hernandez III is a longtime automotive leasing executive who built up one of the leading auto leasing companies nationwide. With family roots in the Gulf Coast city of Brownsville, Mike Hernandez III has focused on boosting the region’s social services and economic potential through the political action committee OP10.33. One recent bright spot in the local tech sphere has been the seaside community of Boca Chica Beach. It is situated east of Brownsville and was selected in 2014 as the rocket development and launch site for SpaceX. Elon Musk’s space transportation company is currently on work on “Starship Hopper,” a craft that is intended to fly around the moon before ultimately being used for manned flights to Mars. With the facility having been expanded throughout 2018 to include fuel tanks, a solar array, tacking antennas, and a temporary hanger, work began on a prototype just before Christmas. Capable of non-orbital vertical takeoff, the prototype has three liquid-oxygen/methane-powered Raptor engines and is involved in testing toward planned June completion of an orbital Starship with 31 Raptor engines. As reported in the Brownsville Herald, a former Brownsville Economic Development Council executive described this history-making project as representing “a big win for Texas and the Rio Grande Valley.”
Posted by Mike Hernandez III at 9:52 PM

As the CEO of D & M Leasing in Dallas, Micheal Albert Hernandez III has helped thousands of customers drive away in their dream car. Mike Hernandez III became owner of D & M Leasing in 2005, though he began his career at the firm in 1984. Now semiretired, Mike Hernandez III focuses his efforts on charitable pursuits and volunteer work alongside his business.
Many of his projects, including the V3 Army for the Good, the Cameron County Education Initiative, and Advancing Cameron County, target social and political issues in his immediate community. Hernandez is also highly active in Texas education. His contributions to local scholarships and Texas A&M University programs total more than $1 million.
In recent years, Mike Hernandez III has expanded his work into the political sector. He is the founder and driving force behind the OP 10.33 PAC, which works to transform Brownsville, Texas, from the poorest city in America into a thriving land of opportunity by the year 2033. It seeks to accomplish this goal through improving schools and by endorsing political candidates with compatible agendas.